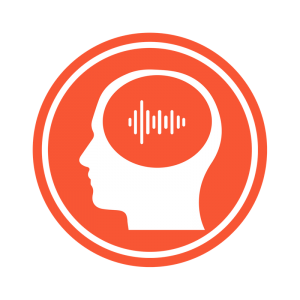 When disasters occur, a large population of children and adolescents are typically in close proximity. Although many children and adolescents exposed to a disaster ultimately adjust and show great resiliency, a large proportion do exhibit extended mental health problems and traumatic stress reactions. These can include serious anxiety, depression, conduct problems, substance misuse, and even suicidal thoughts and behaviors. In the aftermath of disaster, an estimated 10% of children will develop posttraumatic stress disorder (PTSD), characterized by a persistent pattern of altered and concerning mood, thoughts, behavior, and arousal that can follow exposure to actual or threatened death or injury.

Which Kids Are Most At Risk?

A number of factors have been identified to place children and adolescents at particularly elevated risk following a disaster. Higher rates of mental health problems are found among children with greater “doses” of disaster exposure; for example, those who were personally injured or whose lives were directly in danger, those who were forced to relocate due to disaster-related destruction, those who directly witnessed death or injury, or those who lose a loved one in the disaster. Prior trauma exposure and/or preexisting mental health problems are also associated with elevated risk, as is exposure to traumatic stress reactions in parents and other key caretakers. Extensive exposure to disaster-related news and social media content, even among children who may have been far away from the disaster, can result in mental health problems.

Identifying Problems After Disasters and Terrorism

In the aftermath of a disaster, early identification of children and adolescents in need of mental health services is critical. The following are signs that clinical attention may be warranted: the child continues to relive the event or feel as though the event is happening all over again, the child experiences intrusive thoughts about disaster-related events, the child is withdrawing and avoiding things that remind him or her of the disaster, the child is unable to recall important aspects of the disaster, the child is experiencing shame or guilt about the disaster, the child is uninterested in things he or she used to enjoy, the child is having difficulty sleeping and concentrating, and/or the child is excessively jumpy or irritable or shows an exaggerated startle reflex. Other signs that clinical attention is warranted can include changes in behavior such as excessive reassurance-seeking, unusual clinginess, persistent nightmares, extended sadness, bedwetting, or acting-out behaviors. Commonly used measures to screen for traumatic stress reactions in children include the University of California at Los Angeles Post-Traumatic Stress Disorder Reaction Index (UCLA PTSD RI), the Child PTSD Symptom Scale (CPSS), the Impact of Event Scale Revised (IES-R) or the Child Revised Impact of Event Scale (CRIES).  Some of these measures are currently available through our free Assessment Center.

Interventions for Children and Adolescents Following Disasters and Terrorism

In the immediate aftermath of a disaster, children’s mental health services are typically provided by networks of existing child-serving professionals who redirect their efforts and resources to attend to the emergent mental health needs of youth. Such networks can include school-based personnel, religious communities, and to the extent possible, mental health providers. Initial mental health services in post-disaster communities typically entail public-health oriented interventions that focuses on immediate support needs for the entire community, and target all children regardless of whether individual children are showing any symptoms. Here the focus is on promoting general adjustment, providing general education about typical stress responses, normalizing various child reactions, reducing stigma around symptoms and help-seeking, and identifying children who may be in need of more targeted intervention. These initial mental health services are commonly embedded within broader programs that attend to a range of post-disaster community needs, such as schools, emergency shelters, pediatric settings, family assistance centers, and faith-based organizations.

More targeted mental health interventions address a much smaller proportion of the child population in a community.  These programs focus on individual children or groups of children at greatest risk, those most directly affected by disaster-related destruction and death, or those showing warning signs of traumatic stress reactions. These more targeted services are typically delivered in more specialized settings by mental health professionals.

Recent years have witnessed strong research efforts evaluating the effectiveness of interventions for disaster-exposed children and adolescents, as well as key factors that can influence the effectiveness of treatment. Overall, child interventions show considerable response to intervention, with particularly large effects associated with interventions administered within the first four months following the disaster. Interventions delivered after four months have shown somewhat reduced effectiveness.  Directive treatments that incorporate cognitive-behavioral strategies that help children adjust maladaptive thought and behavior patterns show the largest effects, particularly when treatment carefully incorporates exposure to feared situations, thoughts, and memories of the disaster events. Examples of child programs that have been supported in post-disaster communities include Trauma-Focused Cognitive-Behavioral Therapy (TF-CBT) and Cognitive-Behavioral Intervention for Trauma in Schools. Across post-disaster interventions, eclectic interventions that do not include cognitive-behavioral components show the weakest effects. In addition, interventions that involve parents in treatment show better outcomes than interventions that only work with children. Moreover, following disasters, group treatments show somewhat weaker effectiveness than individual child treatments, although group treatments are able to reach more kids at once. This latter point is important given the limited resources typically available in post-disaster communities.

To learn more about evidence-based therapies for PTSD, click here.

The intense anxiety and fear that often follow a tornado or hurricane can be especially troubling for surviving children, especially if children were victims of the disaster or were separated from their families.  There is some helpful advice from the American Psychological Association for children affected by natural disasters: http://www.apa.org/helpcenter/tornadoes-kids.aspx

A mobile app from the National Child Traumatic Stress Network (NCTSN) “helps parents talk to their kids about the disasters they may face and know how best to support them throughout—whether sheltering-in-place at home, evacuating to a designated shelter, or helping your family heal after reuniting”: https://www.nctsn.org/resources/help-kids-cope

Also from the NCTSN:

Simple activities for children and adolescents

Parent guidelines for helping children after a hurricane

Teacher guidelines for helping students after a hurricane

Talking to children about the shooting

Parent guidelines for helping youth after the bombings

Read a news story with tips for parents to help children cope after a major storm: