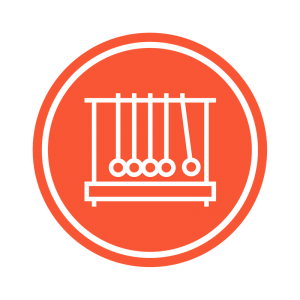 Mood swings and bursts of rage that are severe (or not normal) are two signs of child and adolescent bipolar spectrum disorder and disruptive mood dysregulation disorder.

What are Bipolar Spectrum Disorders?

Bipolar spectrum disorders (BPSD) cause extreme changes in a child’s mood that range from depressive “lows” (significant sadness) to manic “highs” (which usually include feeling extreme happiness, excitement, or anger). It is important to note that these moods are more intense than normal responses to life events, show a change from the child’s normal behavior, are not caused by other medications or health issues, and cause problems in daily activities (e.g., in getting along with family, friends and teachers, or with schoolwork).

What are the Symptoms of Bipolar Spectrum Disorders?

Both depression and mania include big changes in energy and activity as well as mood.

Depressive symptoms of BPSD can include sadness, irritability, annoyance, inability to enjoy one’s usual activities, changes in eating or weight, sleeping too much or too little, trouble with focusing, being restless or tired, feeling worthless or guilty, and having thoughts about death or suicide.

Manic symptoms of BPSD can include feeling “too high” or very irritable, unrealistic self-esteem, needing less sleep than normal but still feeling energetic, talking more or faster than normal, changing the topic of conversation so quickly or often that it makes it hard to communicate, feeling that one’s thoughts are “racing”, being distracted, problems sitting still, an unusual need to start an activity or pursue goals (e.g., excessive cleaning, making clearly unrealistic plans), and engaging in risky or dangerous behaviors (e.g., riding a bike on the highway, inappropriate sexual behaviors).

What is Disruptive Mood Dysregulation Disorder?

Disruptive mood dysregulation disorder (DMDD) is caused by extreme outbursts that are not normal for the situation in intensity or length of time. These outbursts usually happen three or more times each week for one year or more. Between outbursts, children often are irritable or in an angry mood for most of the day.

As can be seen below, family psychoeducation plus skill building currently is the best-proven treatment of children and adolescents with BPSD. Treatment studies are not yet available for DMDD; it is suggested that a combination of treatments that are effective for depression and oppositional behavior will be beneficial for this disorder.

Please note, medication should be considered first in treating Bipolar 1 in youth; additional information can be found here.